Developers building voice-enabled applications for Amazon Echo and other Alexa-powered devices will now have a new way to validate their abilities, with Amazon’s launch of a new AWS Certified Alexa Skill Builder – Specialty certification. This is the first time Amazon has offered a certification program for Alexa developers, the company says.

Certification programs are standard in the technology industry — and AWS already offers a training program and certifications of its own that allow organizations to identify professionals with cloud expertise and an understanding of AWS.

The new Alexa certification will be a specialty within the AWS program, and will validate those with an understanding of all aspects of Alexa voice app development.

This includes the more practical matters — like how to develop, test, validate and troubleshoot skills, the use of the Alexa Developer Console, how to manage skill operations and life cycles, and more. But it will also get into more high-level concepts, like the “value of voice” and how a voice user experience should flow — something that many Alexa developers today still seem to struggle with.

To get started, developers can review a new exam guide, which helps them learn about Alexa skill building through tutorials, technical documentation and more. Amazon is also making self-paced training courses available online.

When ready, developers aiming to get certified can create an AWS Training account and schedule their exam.

The goal, says Amazon, is to open up “more opportunities to build engaging voice experiences” that can reach customers across the more than 100 million Alexa-enabled devices on the market today.

In other words, Amazon wants those Alexa developers dabbling with skill building to learn not only the basics, but also the industry best practices — then use this knowledge to create more skills that will actually resonate with customers.

The certification program arrives at a time when smart speakers have hit critical mass in the U.S., but the ecosystem of third-party skills has not had its “app store moment” with a breakout hit, as Bloomberg recently noted.

Arguably, music, timers and smart home controls are the breakout hits for smart speakers, but these are native functions. It’s unclear how many of Alexa’s 80K+ third-party skills have a long-term future if consumer adoption continues to struggle.

In the meantime, however, businesses are still keen on the platform, given the sizable installed base for Alexa. Every day, some organization is announcing the launch of its skill. (Today, for example, it’s the Red Cross.)

“The demand from organizations for skilled professionals who can build skills for emerging voice-enabled workloads is increasing,” says Kevin Kelly, director, AWS Certification and Education Programs, in a statement. “This new certification validates those skills with the only credential in the industry focused on Alexa skill building,” he added. 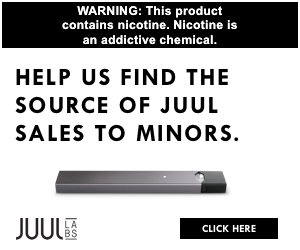 Google sometimes experiments with new features in beta versions of its various Android applications on Google Play. However, the recently spotted YouTube beta program will not, unfortunately, be a testbed for upcoming additions to the video-sharing service. Instead, Google says it only plans to test the stability of the YouTube app at this time, not features.

The company quietly rolled out a YouTube beta program last week on Google Play, where it was soon spotted by the folks at Android Police.

Originally, the belief was that Google would use this new beta to try out features it was planning to bring to the YouTube app – in fact, that’s what Google’s own help documentation about the beta said!

Not only that, but the documentation urged testers not to share information about the features they see in the app until they’re publicly launched.

That all sounds pretty exciting, right? (At least for us early adopters who love to get mess around with the latest new thing before anyone else.)

But after asking Google for more information on the program, the company updated its help documentation to remove the wording about “experimental features.” It now says testers will only help YouTube to stabilize its app.

We also understand, too, that YouTube has always run a beta program, the only change is that, as of last week, it become more broadly accessible.

Users can now join the program to help YouTube test stability of the app and can then opt out at any time they choose. At this point, however, Google doesn’t plan on trying out new features in the beta build. That could, of course, change at any time in the future. So if you really want to be the first to know, you may want to join the beta program just in case.

But YouTube for a long time now has been testing its new additions by way of server-side testing. It even decided this year to be more public about those tests – disclosing its experiments by way of its @TeamYouTube handle and the Creator Insider channel.

For example, this is where the company first announced its test of a new Explore tab on iPhone a few months ago, and more recently said it would try different ways of inserting ads into videos, to see if users prefer fewer interruptions even if it meant multiple ads per interruption.

YouTube beta program members may or may not be opted into those same experiments, as they roll out. It will depend on if they’re in the testing bucket that’s targeted at that time.

Rugged smartphones, the kind of devices that business can give to their employees who work in harsh environments, are a bit of a specialty market. Few consumers, after all, choose their smartphones based on how well they survive six-foot drops. But there is definitely a market there, and IDC currently expects that the market for Android -based rugged devices will grow at 23 percent annually over the next five years. It’s maybe no surprise that Google is now expanding its Android Enterprise Recommended program to include rugged devices, too. Chances are you’ve never heard of many of the manufacturers in this first batch (or thought of them as smartphone manufacturers): Zebra, Honeywell, Sonim, Point Mobile, Datalogic. Panasonic, which has a long history of building rugged devices, will also soon become part of this program.

The minimum requirements for these devices are pretty straightforward: they have to support Android 7+, offer security updates within 90 days of release from Google and, because they are rugged devices, after all, be certified for ingress protection and rated for drop testing. They’ll also have to support at least one more major OS release.

“Today’s launch continues our commitment to improving the enterprise experience for customers,” Google writes in today’s announcement. “We hope these devices will serve existing use cases and also enable companies to pursue new mobility use cases to help them realize their goals.“